After the 2013 season in which we finished with a record of just 2 wins and 9 losses, I knew it was time to retool what we did offensively.  Our offensive output was awful.  We averaged just 12.4 points and less than 160 yards of total offense per game.

I decided to go to the Glaizer Clinic in Greenwich, Connecticut where I met Anthony Pratley.  I sat in on every single one of his presentations and decided to purchase his PSO system.   The system completely changed our identity.  In one season our offensive output changed drastically.  During the 2014 season we averaged 35 points and 406 yards per game.  Our quarterback threw more touchdown passes in his first three games of the 2014 season than he did in all of 2013.  In fact, he broke the school record with 33 touchdown passes and 6 rushing scores for a total of 39.

The players bought into the PSO system.  They loved the no-huddle boards and took ownership in coming up with the pictures for the plays.  We were able to play fast and had the most explosive offense in our league. Our top receiver led the state of Connecticut in yards per game and was a few touchdowns short of breaking the school record.   We had two running backs make the all-league team.

The best part of the system is its’ simplicity.  The blocking schemes and plays are easy to learn.  In addition, the practice plan and game planning software saved the coaching staff hours and hours of preparation.  This PSO System is a game changer!

There are no users currently online 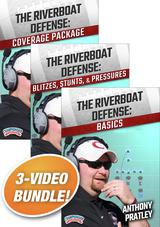 I currently coach youth football (ages10-14) and have recently adopted the Pistol Spread Option as my offense. Its surprising simplicity is what attracted me as a coach, but its versatility and many formations is what have excited my kids! They love to run this offense, and I love teaching it. Using veer and option as our core running plays has allowed us to become very unpredictable to other teams, yet very easy to teach and learn on our own team. Our kids loved offensive practice days because they were excited about “what we would do next”. The offensive formations and schemes kept the kids interest which always makes it easier to teach and coach. The fact that so many players get the opportunity to touch the ball not only helps in keeping ALL my kids interested in what is going on, but also makes us hard to defend. In my first year coaching this offense we went 8-3 (all three loses from the same team, coached by a fellow coach who coaches this offense at the high school level) and p… END_OF_DOCUMENT_TOKEN_TO_BE_REPLACED

I wanted to thank you for the incredible camp this week!  In the span of 5 days, we have gone from fundamentals of the mesh to installing the entire offense.  When we begin camp on August 15th, we will be so far ahead of the game it is unbelievable.  Every position received positive instruction on fundamentals to the intricate details.  Not knowing what to expect from this camp, I can say that every player and coach view this as the most important piece of the off-season program.  We are ready to step in August 15th and begin running our offense, not installing it. I highly recommend to any coach contemplating a switch in offensive systems to consider doing this camp.  In a 5 day camp you receive 10 offensive practices; you know how valuable that can be.  This has now become an annual event for this program.  Thanks again Coach, incredible week towards establishing this program. —-

Meeting with Coach Pratley and his staff was one of the most beneficial clinic sessions our staff has had in the last 8 years.  After meeting for only 3 hours, we have our entire offense laid out to handle any defensive situation we come across.  We approached Coach Pratley in the hopes of finding a balanced offense and we have found it in his Pistol offense.  His Pistol offense is systematic, and efficient no matter what the defense.  It allows you the flexibility to change your offense each year depending on your talent.  The offense is very adaptable; attacking every area of the field so the defense can’t key on a single formation.   The line rules are easy and consistent so you don’t have to spend a ton of time game planning each opponent.  The best part is that his staff explained everything in an easy manner and answered all of our questions.  I can’t say enough about the work Coach Pratley and his staff did for us.  I have coached varsity football for 11 years and… END_OF_DOCUMENT_TOKEN_TO_BE_REPLACED

My coaching staff and I had committed to improve on our offense after our 2013 season – going to & losing both our league & State Championship Games.  We saw Coach Pratley seminar at Glaziers coaches clinic and it solidified our objective of moving our Wing/wishbone/Spread offense to an offense we were discussing implementing. The PSO membership website of coach Pratley helped in our transition and we returned to both championship games both league and winning the Class M Large Bracket State Championship.  We are excited about our continued improvement in our Pistol Spread Option Offense and look forward to working in getting better within coach Pratley’s website.

First year running the pistol spread option offense. haven’t had any major problems. It keeps people from just blitzing you all night that is for sure. We have also incorporated the no huddle as well so it give me time to see then make a call. this was a wing-T team for years and years before I arrived. This offense immediately sparked the interest of players, coaches, and the community to become more excited about football.

When I took over as Head Coach at Pittsfield High School I immediately evaluated every aspect of the program. That process took me to find an offense that suited the types of athletes that I inherited and usually came to PHS. As we evaluated our players, we researched all of the different offenses that could fit our personnel.  We wanted something that would get the athletes of the school out as well as the linemen type. We looked into the Wing-T, Split-Back Veer, Double Wing and of course the Spread. As we researched it we realized that everyone else was running those offenses in our area and we needed to be different. Coming from a Flexbone background and coaching the defense on a Spread Offense team, we researched how we could combine the both. The Pistol Spread Option was the answer. We wanted an offense that had the threat of 4 vertical as well as 4 athletes who can run the ball. The PSO encompassed everything we looked for in an offense. It fit our very limited personnel and mad… END_OF_DOCUMENT_TOKEN_TO_BE_REPLACED

OUR COACHING STAFF WANTED TO THANK THE ENTIRE PSO STAFF AND ESPECIALLY COACH ANTHONY PRATLEY. THE PSO SYSTEM ENABLED US TO BE A MORE EFFECTIVE OFFENSE AND THE PLAYERS WERE ABLE TO ADAPT ALL OF THE CONCEPTS AND TERMINOLOGY VERY EASILY. WE STARTED WITH THE PSO SYSTEM  AT THE MINNESOTA CLINIC AND THEN PURCHASED THE PSO SYSTEM ONLINE. ALL OF OUR COACHES WERE ABLE TO ACCESS FROM THEIR COMPUTERS WITH A PASSWORD AND WE WERE ABLE TO COMMUNICATE AT ALL TIMES OVER THE COURSE OF BOTH THE OFF-SEASON AND IN SEASON, QUESTIONS ALWAYS CAME UP ABOUT SPECIFICS TO CERTAIN PLAYS OR VS CERTAIN DEFENSIVE LOOKS, BUT COACH PRATLEY WAS ALWAYS AVAILABLE TO ANSWER OUR QUESTIONS THROUGH BOTH PHONE CALLS & EMAILS. WE ENCOURAGE ANYBODY WHO WANTS TO INSTALL A “COMPLETE OFFENSIVE SYSTEM” TO CONTACT COACH PRATLEY AND THE PSO STAFF.

It is with much anticipation that I report how our training went this last week with Mr. Pratley and must state that in my 14 years as a coach and my first year as the head coach, I have never received such comprehensive training about football from one system. The system is simple for the athletes and has placed myself and my staff “on the same page” about every aspect of the game from off-season practice formats to game planning. Last year we implemented the PSO system and made the playoffs! This year we are very excited about the new changes offered in the system and look forward to this fall more than ever!

After the 2013 season in which we finished with a record of just 2 wins and 9 losses, I knew it was time to retool what we did offensively.  Our offensive output was awful.  We averaged just 12.4 points and less than 160 yards of total offense per game. I decided to go to the Glaizer Clinic in Greenwich, Connecticut where I met Anthony Pratley.  I sat in on every single one of his presentations and decided to purchase his PSO system.   The system completely changed our identity.  In one season our offensive output changed drastically.  During the 2014 season we averaged 35 points and 406 yards per game.  Our quarterback threw more touchdown passes in his first three games of the 2014 season than he did in all of 2013.  In fact, he broke the school record with 33 touchdown passes and 6 rushing scores for a total of 39. The players bought into the PSO system.  They loved the no-huddle boards and took ownership in coming up with the pictures for the plays.  We were able t… END_OF_DOCUMENT_TOKEN_TO_BE_REPLACED

I wanted to give you some final stats. We finished the year with a 37ppg average which was a school record. We also set school records for points in a season (369),points in a single game (77), and rushing yards per game (368). We did all of that without a 1,000yd rusher. Our Z,F,H, and Qb all had at least 400yds rushing and 5tds. We had always been a zone team but your clinic gave us a way to put everything together and make every player we have a weapon. This is illustrated further in the stat that we had 6 games this season where at least 10 different players carried ball in a single game. I just wanted to thank you for your help and I would recommend your clinic to any coach wanting to maximize his athlete’s potential within a zone offense. Thanks again.

This function has been disabled for Pratley Sports.